The Fukushima Daiichi nuclear power plant disaster is perhaps the world’s greatest catastrophe Since the great flood of Noah’s time. The poisoning of the earth by the radiation spread into the air, ground, and water will make much of the earth uninhabitable for 25 thousand years and continue to be unsafe for 100,000 to 200,000 years.

Only Jesus Christ will restore the earth to its proper and safe state and those who have been responsible for crimes against humanity will not enter therein. There will be vials of woe (trouble/pain/chaos) poured out on the earth in the last days. Fukushima seems to be one of these vials, even as contaminated radioactive waste water and runoff is being poured into the Pacific ocean.

But after the seven vials or seven woes are poured out upon the earth, and Jesus defeats Satan and the fallen angels, demons, and wicked men who have joined with him, a new earth will be made. In Revelation 21:1-2 the new earth is symbolic of a city and a city is a civilization where everyone is connected and in unity. This city comes down from heaven, which means that it is built not by mans abilities and understanding (earthly), but by Gods (heavenly). It will be a city or world of righteousness and no evil thing will be there (ref_1, ref_2.

For more information on the Biblical aspect of the new earth under the eternal reign of the King of kings, Yeshua-Jesus Christ, and the elimination of the evil men and all things that offend, the Biblical chapters of Isaiah 35 and Revelation 21 are included with this article below.

Fukushima: Beyond Urgent from Platos Cave

The following two chapters of the Bible, Revelation, chapter 21 of the New Testament and Isaiah, chapter 35 of the Old Testament speak of the new world. In Revelation 21, the city is called Jerusalem and in Isaiah 35 it is called Zion. An important thing to understand is that the current global agenda to turn the nation of Israel into Zion is a deception. Man cannot build this ‘perfect kingdom’. Only the King of kings and the Lord of lords will have the power and authority to create and rule over a perfect city (world).

1 And I saw a new heaven and a new earth: for the first heaven and the first earth were passed away; and there was no more sea. 2 And I John saw the holy city, new Jerusalem, coming down from God out of heaven, prepared as a bride adorned for her husband. 3 And I heard a great voice out of heaven saying, Behold, the tabernacle of God is with men, and he will dwell with them, and they shall be his people, and God himself shall be with them, and be their God. 4 And God shall wipe away all tears from their eyes; and there shall be no more death, neither sorrow, nor crying, neither shall there be any more pain: for the former things are passed away. 5 And he that sat upon the throne said, behold, I make all things new.

And he that sat upon the throne said, Behold, I make all things new.

And he said unto me, Write: for these words are true and faithful. 6 And he said unto me, It is done. I am Alpha and Omega, the beginning and the end. I will give unto him that is athirst of the fountain of the water of life freely. 7 He that overcometh shall inherit all things; and I will be his God, and he shall be my son. 8 But the fearful, and unbelieving, and the abominable, and murderers, and whoremongers, and sorcerers, and idolaters, and all liars, shall have their part in the lake which burneth with fire and brimstone: which is the second death. 9 And there came unto me one of the seven angels which had the seven vials full of the seven last plagues, and talked with me, saying, Come hither, I will shew thee the bride, the Lamb’s wife. 10 And he carried me away in the spirit to a great and high mountain, and shewed me that great city, the holy Jerusalem, descending out of heaven from God,

11 Having the glory of God: and her light was like unto a stone most precious, even like a jasper stone, clear as crystal; 12 And had a wall great and high, and had twelve gates, and at the gates twelve angels, and names written thereon, which are the names of the twelve tribes of the children of Israel: 13 On the east three gates; on the north three gates; on the south three gates; and on the west three gates. 14 And the wall of the city had twelve foundations, and in them the names of the twelve apostles of the Lamb. 15 And he that talked with me had a golden reed to measure the city, and the gates thereof, and the wall thereof. 16 And the city lieth foursquare, and the length is as large as the breadth: and he measured the city with the reed, twelve thousand furlongs. The length and the breadth and the height of it are equal. 17 And he measured the wall thereof, an hundred and forty and four cubits, according to the measure of a man, that is, of the angel. 18 And the building of the wall of it was of jasper: and the city was pure gold, like unto clear glass. 19 And the foundations of the wall of the city were garnished with all manner of precious stones. The first foundation was jasper; the second, sapphire; the third, a chalcedony; the fourth, an emerald; 20 The fifth, sardonyx; the sixth, sardius; the seventh, chrysolite; the eighth, beryl; the ninth, a topaz; the tenth, a chrysoprasus; the eleventh, a jacinth; the twelfth, an amethyst. 21 And the twelve gates were twelve pearls; every several gate was of one pearl: and the street of the city was pure gold, as it were transparent glass. 22 And I saw no temple therein: for the Lord God Almighty and the Lamb are the temple of it.

23 And the city had no need of the sun, neither of the moon, to shine in it: for the glory of God did lighten it, and the Lamb is the light thereof. 24 And the nations of them which are saved shall walk in the light of it: and the kings of the earth do bring their glory and honour into it. 25 And the gates of it shall not be shut at all by day: for there shall be no night there. 26 And they shall bring the glory and honour of the nations into it. 27 And there shall in no wise enter into it any thing that defileth, neither whatsoever worketh abomination, or maketh a lie: but they which are written in the Lamb’s book of life. – Rev 21:1-27 KJV

And the desert shall rejoice, and blossom as the rose.

1 The wilderness and the solitary place shall be glad for them; and the desert shall rejoice, and blossom as the rose. 2 It shall blossom abundantly, and rejoice even with joy and singing: the glory of Lebanon shall be given unto it, the excellency of Carmel and Sharon, they shall see the glory of the LORD, and the excellency of our God. 3 Strengthen ye the weak hands, and confirm the feeble knees. 4 Say to them that are of a fearful heart, Be strong, fear not: behold, your God will come with vengeance, even God with a recompence; he will come and save you. 5 Then the eyes of the blind shall be opened, and the ears of the deaf shall be unstopped. 6 Then shall the lame man leap as an hart, and the tongue of the dumb sing: for in the wilderness shall waters break out, and streams in the desert. 7 And the parched ground shall become a pool, and the thirsty land springs of water: in the habitation of dragons, where each lay, shall be grass with reeds and rushes. 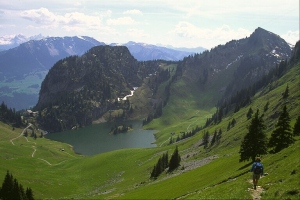 8 And an highway shall be there, and a way, and it shall be called The way of holiness; the unclean shall not pass over it; but it shall be for those: the wayfaring men, though fools, shall not err therein. 9 No lion shall be there, nor any ravenous beast shall go up thereon, it shall not be found there; but the redeemed shall walk there: 10 And the ransomed of the LORD shall return, and come to Zion with songs and everlasting joy upon their heads: they shall obtain joy and gladness, and sorrow and sighing shall flee away. – Isa 35:1-10 KJV