[Addendum: At the time of posting, I failed to speculate on the connection of these aircraft to the missing Malaysian Flight MH370. With that said, why would 3 US Navy Maritime Reconnaissance jets fly out over my house in Southern Indiana 2 days before the original departure of ‘MH370’?] 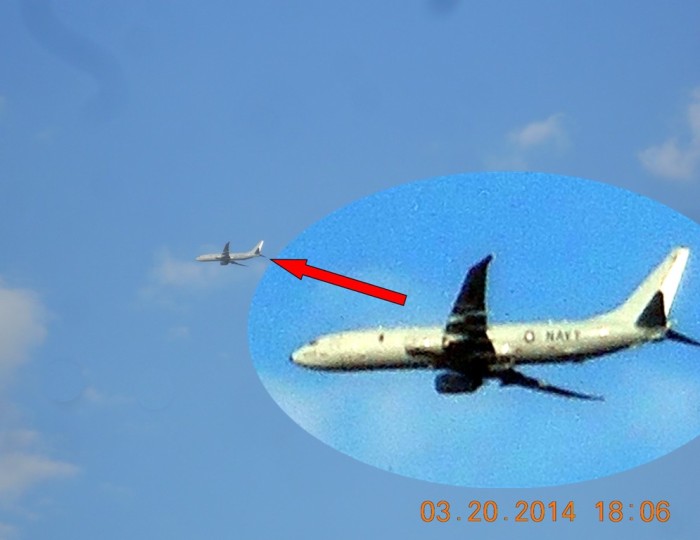 I captured these 3 different military aircraft flying over today and will take this opportunity to educate a few folk on types of aircraft.

These aircraft were US Navy P8 Poseidon’s which is a modified Boeing 737.

Wikipedia gives this information on the P8.

The Boeing P-8 Poseidon (formerly the Multimission Maritime Aircraft or MMA) is a military aircraft currently being developed for the United States Navy (USN). The aircraft is being developed by Boeing Defense, Space & Security, modified from the 737-800ERX. 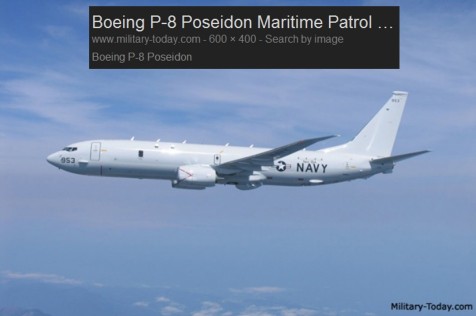