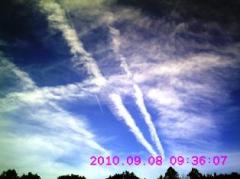 Main stream media”s facade of smoke and mirrors continues to hide the ongoing geoengineering programs from the awareness of the public at large. It is astounding how so many people can go along with the “official” narrative on geoengineering, while seemingly not recognizing the all to visible spraying going on above their heads day in and day out. The article below is a case in point. I have already sent a message to the author and the site inquiring as to why they are not acknowledging the well documented climate engineering programs that have been going on for 60 years or more.

Anytime an article like this surfaces, each and every one of us should take the time to contact the source. To tell them we want the truth, not more lies of omission and deception. Making such an effort is our duty to the common good, its up to all of us.

What Is Climate Geoengineering? Word Games in the Ongoing Debates Over a Definition
Climate geoengineering advocates have long argued over how to actually define the term “geoengineering.” The precise details of that definition are important for various reasons, not the least of which is that it will determine what likely is to be subjected to the scrutiny and potentially complex and difficult legal governance processes that such a global scale climate-tweak effort would necessarily involve.

Already, as of 2010, the Convention on Biological Diversity, a treaty that 193 UN member countries (all other than the Holy See, Andorra and the United States) have ratified, adopted a de-facto moratorium on climate geoengineering in 2010. That was based in part on previous deliberations and decisions on one particular form of geoengineering, ocean iron fertilization, which also is regulated under the London Convention. Those decisions were negotiated and agreed in painstaking process, with each word and its implications carefully weighed in the balance.1 Obviously, there is much need to specify exactly what is geoengineering and, thus, subject to the moratorium or any other legal ruling.